Study shows Fitbit can detect AFib, but faces hurdles to clinical use 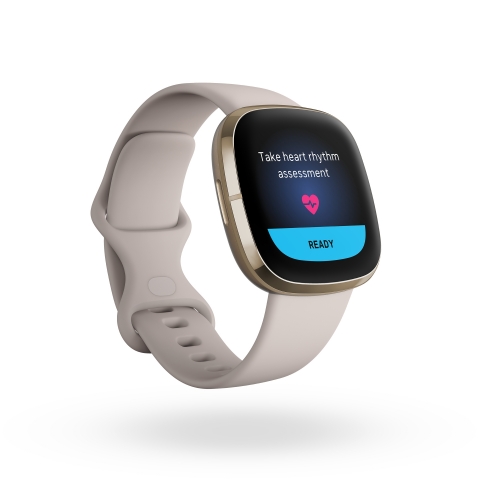 Results of a massive, 455,000-person study shared this week point to Fitbit’s ability to detect atrial fibrillation. But like its peers, it still faces challenges with clinical implementation.

Researchers at Mass General Brigham began enrolling last year for the Fitbit Heart study, a large, virtual clinical trial to test Fitbit’s ability to detect AFib compared to an ECG patch. Roughly 1% of all participants got an irregular heart rhythm notification from their device, or about 4,700 people, according to an abstract presented at the American Heart Association’s Scientific Sessions.

From there, people were instructed to schedule a visit with a telehealth provider, and use an ECG patch at home for a week to confirm if they had an arrhythmia. Of 1,000 people who used the ECG patch, 32% were confirmed to have atrial fibrillation.

However, the study showed the challenges of using these alerts as a clinical tool, rather than just a nice-to-have feature on a smartwatch. Of the 4,700 people who were given a heart rhythm notification, just 1,700 followed up with a telehealth visit, and only 1,000 were given ECG monitors. For the others who got alerts but didn’t follow up, it’s not clear what happened.

“We’re eager to find a way to engage participants in remote clinical research in the future so we have a greater adherence to the study protocol,” Dr. Steven Lubitz, a cardiologist at Massachusetts General Hospital and the study’s lead author, said in an AHA interview presented during the conference.

The study also had no control group, and no report on the rate of false negatives, or people who got no alert, but did have AFib. To address this, Lubitz said the study included a survey at the end to gather more information on self-reported atrial fibrillation and patients’ contact with the healthcare system, though researchers haven’t yet shared the results.

Finally, the study skewed largely white and female, a pattern that has repeated itself in several trials of digital health tools. In total, 71% of participants were female, 77% were white, and about 12% were ages 65 and older.

Apple, which also has a feature for detecting arrhythmias, faced similar challenges in an earlier large-scale study. More than two in five people who got an irregular pulse notification on their watch declined to follow up, according to preliminary results shared in 2019.

More recently, Apple shared new findings from the study, indicating a potential interest in using the devices to detect other types of arrhythmias.