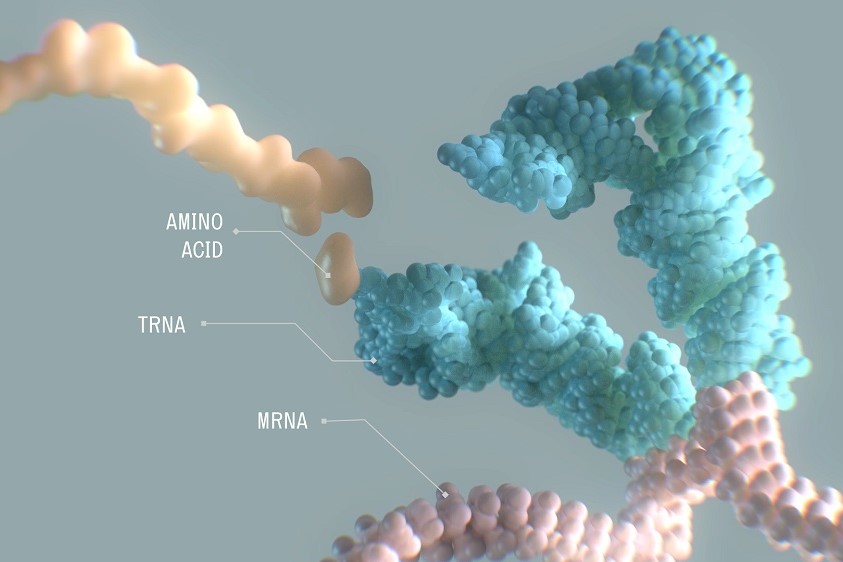 Messenger RNA is entrenched into mainstream knowledge thanks to mRNA-based Covid-19 vaccines. Flagship Pioneering, the venture capital firm that formed mRNA company Moderna, has been working on a new startup that tackles an overlooked form of RNA. Backed by $50 million of Flagship’s cash, the new company, called Alltrna, is launching with the goal of taking a new approach to the treatment of a range of diseases.

Messenger RNA serve as the instructions for making proteins. Alltrna’s focus is transfer RNA, or tRNA. These molecules play the key role ensuring that the correct amino acid—the building blocks of proteins—is properly added to the protein as it is made. Lovisa Afzelius, origination partner at Flagship and Alltrna’s founding CEO, describes this part as the last critical part of the protein making process. This part ends with a sequence called a stop codon, which is a genetic instruction that signals the end of protein synthesis.

Moderna might be the best known company created by Flagship, but that company’s research is leading to the development of other RNA companies. Last May, the firm launched Laronde, a biotech startup developing circular-shaped RNA medicines with the potential to continuously create proteins. Alltrna was founded within Flagship in 2018. Theonie Anastassiadis, Alltrna’s co-founder and chief innovation officer, said that during Flagship’s exploration of tRNA, she was surprised to find that the sequence of tRNA is extremely varied. Chemical modification to these molecules confer additional functions. Anastassiadis said it occurred to her that controlling these molecules could offer a way to develop new programmable medicines that fix mutations in genetic code.

“If you can program medicines, you can control varied but impactful areas of biology,” Anastassiadis said.

Scientists have known about tRNA for a long time. But Afzelius said no one had thought about how to use it as a way to treat disease. Alltrna’s tRNA research required the creation of a new toolbox of technologies. The basic tools to ask simple biological questions were not built for tRNA biology, Anastassiadis explained. The startup uses machine learning techniques to understand tRNA biology. With that understanding, the company designs new tRNA molecules, then tests them in the lab and in animals with proprietary assays that measure the properties of the tRNA, such as their stability and their activity.

Gathering and analyzing data about tRNA enables Alltrna to optimize designs of the molecule to achieve the desired therapeutic properties, Afzelius said. She declined to divulge any details about the properties, such as how they would be delivered to cells or how long a tRNA therapy could last. Anastassiadis said that one unique feature of this approach is it keeps the cell’s internal mechanisms for regulating itself, and the cell continues to be able to respond to internal and external stimuli.

Premature stop codons have been identified as the cause of numerous diseases, including cystic fibrosis, Duchenne muscular dystrophy, beta thalassemia, and several types of cancers. Afzelius said Alltrna is not yet disclosing which diseases are its targets, saying only that the company is broadly building out its drug pipeline, “pursuing programs across the entire breadth of tRNA biology.” But she added that if an alteration that causes a stop codon is shared across many proteins, Alltrna’s approach has the potential to address all of them.

“We can use a single tRNA medicine to treat thousands of diseases, rare or common,” she said.