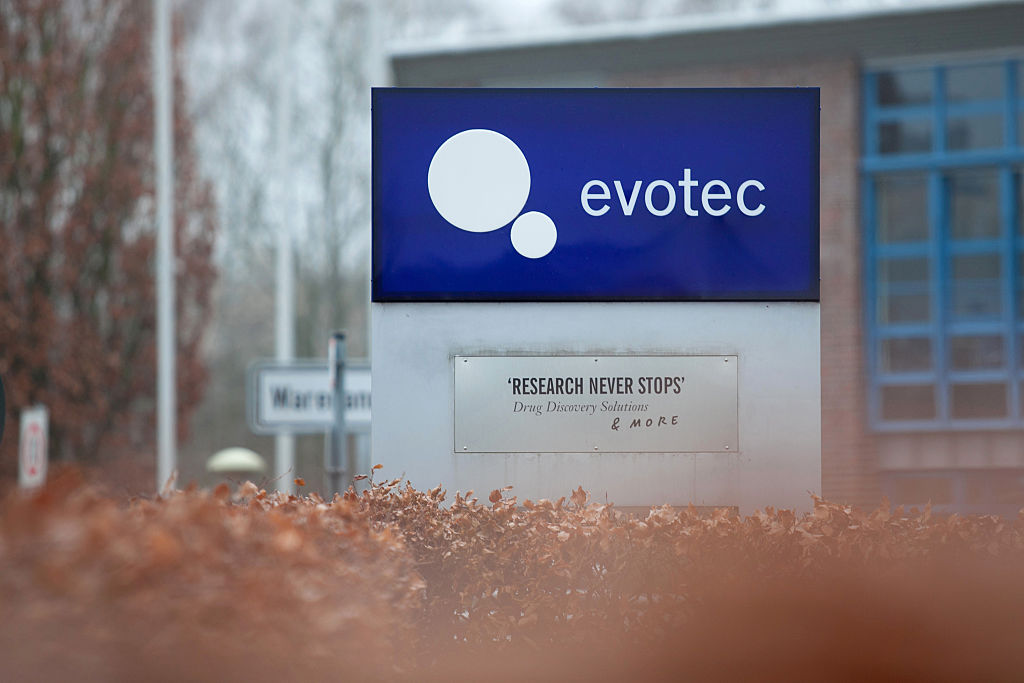 When a life sciences company taps the public markets with a stock offering deep into the nine-figure range these days, it’s a safe bet that the capital is for manufacturing. And so it is for Evotec, a decades-old biotech industry player that has more recently added new manufacturing capabilities. The company aims to expand its biologics manufacturing sites in the U.S and Europe, and its Nasdaq debut has raised $435 million to support those plans.

Evotec might be new to many U.S. investors, but it’s not a newcomer to the public markets. The Hamburg, Germany-based company has been trading on the Frankfurt Stock Exchange since 1999 under the stock symbol “EVT.” The company’s shares started trading Thursday on the Nasdaq under the stock symbol “EVO.” Evotec offered 20 million American depositary shares for $21.75 each. That’s 2 million fewer shares than it had planned to offer for about $26.16 apiece. Evotec’s closing stock price on Friday was $22.55.

In its prospectus, Evotec said the growing understanding of the molecular and genetic underpinnings of diseases is driving the need for advanced technologies that can interpret and translate the vast amount of data that are generated. The company has developed such technologies, including computational software that identifies biomarkers and analyzes how a drug is working. Evotec’s artificial intelligence and machine learning capabilities generate and analyze data, providing insights and predictions about a drug candidate’s efficacy. The company’s business has been providing these technologies to biopharmaceutical firms that discover and develop drugs. In that regard, Evotec is a service provider, but its relationship with companies is not always strictly as a vendor.

Evotec generates revenue in multiple ways. The company can provide its offerings under a fee-for-service model, similar to the relationships many contract research organizations have with drug companies. In these instances, the biopharmaceutical company holds all of the rights to its drug or drugs. However, in other cases Evotec also strikes up partnerships in which the risk of drug development is shared. Evotec provides its technology and services in exchange for milestone payments as programs progress, as well as potential royalties from sales of commercialized products.

According to the filing, Evotec has had a hand in 11 disclosed pipeline programs now in clinical testing and more than 100 programs in discovery or preclinical development. Evotec also invests in products or companies with the potential of generating returns in the future as those companies go public or are acquired. The filing states that as of June 30, the company’s equity investments spanned 90 active projects.

Though Evotec has been in business since 1993, it has seen significant growth in recent years. Revenue in 2020 was €500.9 million, a 12.2% increase over the prior year. In the first half of this year, Evotec reported €271.3 million in revenue, a 17.5% increase compared to the same period last year. That growth has tracked with an increase in customers. Evotec said its customer count in 2020 was 829 compared with 769 in 2019. The largest three—Bristol Myers Squibb, Merck, and Sanofi—combined for 24% of Evotec’s 2020 revenue, according to the filing. That’s down from 30% in 2019, but the company attributed the decrease to revenue growth from other customers. More revenue growth is expected from manufacturing services, and that’s one of the drivers of this week’s U.S. stock offering.

In 2019, Evotec acquired Just Biotherapeutics, a Seattle company that applies AI and machine learning capabilities to the discovery and development of biologic drug candidates. Just Bio has a manufacturing facility in Redmond, Washington that opened in August. That site, called J.POD, has a manufacturing agreement with the U.S. Department of Defense covering the production of monoclonal antibodies for Covid-19. The Redmond facility also counts Merck as one of its pharma industry partners. Another manufacturing site in Toulouse, France, was acquired from Sanofi last year. There, Evotec plans to construct a second J.POD facility on the acquired land.

Evotec said in the prospectus that about $100 million of the stock sale proceeds will go toward expanding the Redmond site. Another $175 million is set aside for building additional biologics manufacturing capacity in Toulouse. Evotec also plans to invest in its technologies. About $35 million is earmarked for the company’s precision medicine platform, including the expansion of its induced pluripotent stem cell technology platform, broadening the access to patient derived samples and disease relevant data, along with expanding the ability to analyze those data.

Though Evotec has been a partner to drug companies, the firm does have its own pipeline of unpartnered drugs. Evotec plans to spend $115 million to accelerate the development of these drugs and add more to the pipeline. The company said that those drugs could find their way into the hands of pharma industry partners.

Evotec’s business model is profitable. The company projects that net income for the nine months ending Sept. 30 will be between €245 million and €249 million, compared to €5.8 million in the same period last year. The company attributed much of that increase to gains from its investment in artificial intelligence biotech Exscientia, an Evotec partner that completed its IPO last month.

IO Biotech, a clinical-stage company developing peptide drugs to address cancer targets, raised $100 million in its stock market debut. The Copenhagen, Denmark-based company priced its offering of 7.15 million shares at $14 apiece, which was the low end of its projected price range. The company had previously set a target of selling 6.5 million shares in the range of $14 and $17 per share. IO’s shares began trading Friday on the Nasdaq under the stock symbol “IOBT.”

IO formed in 2014, spun off from the National Center for Cancer Immune Therapy at Herlev University Hospital in Denmark. The company calls its technology platform “T-win.” IO’s drugs are intended to activate naturally occurring T cells to target mechanisms that suppress immune responses. The company said in its IPO filing that T-win drugs offer a dual approach. First, they kill tumor cells and cells in the tumor microenvironment that express immunosuppressive proteins. The second mechanism is the ability to modulate the tumor microenvironment so that it’s a more pro-inflammatory and anti-tumor place.

“Our T-win technology is built upon our team’s deep understanding of both the [tumor microenvironment] and a tumor’s ability to evade surveillance and destruction by the immune system,” IO said in the IPO filing. “Our approach is in contrast to previous methods that have sought to either block single immunosuppressive pathways or to direct the immune system against specific identified antigens expressed by tumor cells.”

IO’s lead drug candidate, IO102-IO103, is designed to target the immunosuppressive mechanisms of two proteins, IDO and PD-L1. In Phase 1/2 tests in patients with advanced melanoma, IO said results showed “meaningful” tumor regression and a durable antitumor response. The therapy’s tolerability was also manageable in the 30-patient study. The overall response rate was 73%; the complete response rate was 47%. The company now plans to advance IO102-IO103 into a pivotal Phase 3 clinical trial that will evaluate the therapy in combination with the Merck cancer drug pembrolizumab (Keytruda). That trial, targeting enrollment of 300 patients, is expected to begin by the end of this year, according to the filing.

IO is preparing to evaluate its lead drug as a first-line treatment in other solid tumor types. Those tests will go forward as a basket trial, in which the study drug is tested against several different cancers that all have the same biological or genetic signature. Cancers that will be covered under the planned basket study include non-small cell lung cancer, squamous cell carcinoma of the head and neck, and urothelial bladder cancer. In addition to evaluating the therapy as a first-line treatment, the company also plans to test it before surgery, as a neoadjuvant, which is a first step to try to shrink tumors before surgery. IO also plans to test it as an adjuvant therapy, a post-surgical treatment to reduce the chances of the cancer’s return.

IO’s largest shareholder is Lundbeckfond Invest, which owns a 14.2% post-IPO stake, according to the filing. Novo Holdings owns 10.8% percent of the company after the IPO. As of Sept. 30, IO reported having $45.4 million in cash. An additional $84.1 million was released to the company last month under an investment agreement that the company entered into earlier this year. In the prospectus, IO said that it plans to deploy about $50 million toward the Phase 3 test of its lead therapeutic candidate. Another $20 million will go toward developing that therapy in a planned Phase 2 basket trial. Another program, IO112, is set to receive $10 million for a planned Phase 1/2 trial in combination with IO102 and IO103.