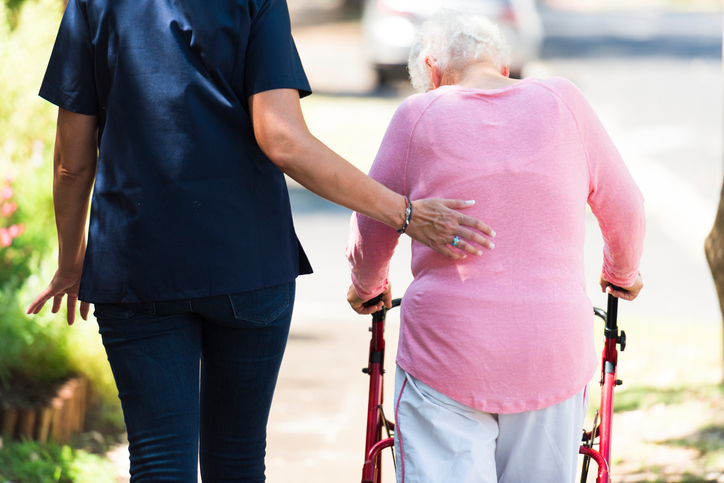 Papa, a startup looking to ward off loneliness by pairing seniors with companions, is now valued at $1.4 million.

The Miami-based startup hires “Papa pals,” who can help with non-medical tasks, such as meal prep and transportation, or just check in on family members. It recently closed a $150 million funding round, led by Softbank’s second Vision Fund.

“Loneliness amongst older adults is one of the largest public health challenges and creates a crushing human and economic cost,” Lydia Jett, a partner at SoftBank Investment Advisers and a director at Papa, said in a news release. “Against a backdrop of health care provider shortages and an ever growing understanding of social needs as health needs, Papa is using technology to create a new care force to provide companionship and support to those who need it most.”

CEO Andrew Parker founded the company in 2017, while taking care of his grandfather. The idea was to provide additional support for families and caregivers, but different than the work provided by home care professionals.

While professional caregivers might be tasked with helping someone with a wide spectrum of tasks, such as mobility, hygiene and incontinence, Papa’s “pals” are more focused on other aspects of daily living, such as tech assistance, meal prep, housework and transportation.

“It’s another way to provide a network of care in the form of companionship and to alleviate an already strained system while simultaneously helping older adults and families as they age,” Parker said.

The company offers its services as a covered benefit through people’s employer or insurance, rather than as a consumer-facing service. So far, the company has struck partnerships with more than 65 health plans, including Aetna, Humana and Florida Blue. It added 25 health plans in the last seven months.

Papa has the most traction with Medicare Advantage plans, but it also works with employer-sponsored plans, where families might be caring for children and aging parents simultaneously, and Medicaid plans.

Parker said he plans to use the funds to continue to build on Papa’s product, its ability to capture data, and to expand into more health plans.

As seniors face a shortage of caregivers, investors are also pouring funds into companies that use software to make caregivers easier to find. For example, online caregiver marketplace CareLinx was acquired earlier this year for $65 million, and Honor, a company that makes software for home care agencies, raised $370 million in equity and debt.