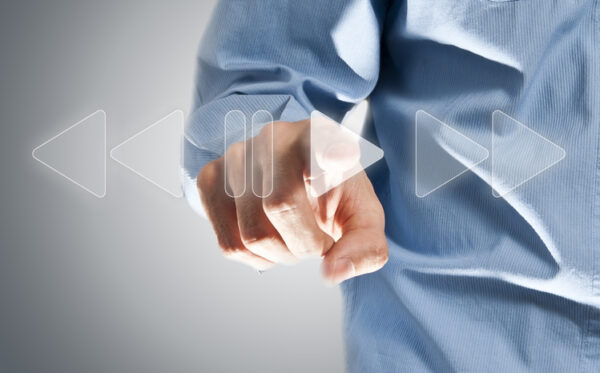 As the Covid-19 pandemic upended care delivery, health systems relied heavily on technology to adapt to the new normal, pouring money and resources into health IT advancements. Healthcare leaders have credited the public health crisis as a needed impetus to drive the use of technology forward — especially in the case of virtual care. But there is a flipside.

Many health systems were forced to put projects on hold as resources and manpower were diverted to caring for the Covid-19 patients streaming into their facilities. Then, as surges ebbed in certain parts of the country, health systems restarted those projects. But IT leaders at these organizations faced several hurdles, including figuring out how to continue their efforts remotely and retain the IT talent needed to complete the work they started.

The projects that were put on hold
When the pandemic hit, Dallas-based Steward Health Care had to quickly implement telehealth programs. But to do so, the health system’s IT team had to decide where to divert resources from, and in turn, what projects to suspend.

“We first determined anything that was patient care significant, clinically significant, anything that was going to enhance the care of the patient, we kept going with to best of our ability,” said David Colarusso, CIO of Steward Health Care, in a phone interview. “Everything else got looked at with a fine-tooth comb.”

Steward did not cut any IT projects outright, but it did put some on hold. For example, the 37-hospital health system was in the middle of replacing the EHRs at 17 of its hospitals and decided to press pause on that project. All the resources being used to help replace the EHRs, including the nurses, physicians and lab techs involved, were diverted to caring for Covid patients, Colarusso said.

The overall volume of projects being conducted at the system fell drastically. Steward had anywhere from 350 to 400 projects happening at any given time pre-pandemic. That figure dipped to 20 to 25 projects during the public health emergency.

Tampa General Hospital in Florida found itself in a similar position — having to take resources away from ongoing projects to put toward pandemic response.

The hospital pumped the breaks on two major efforts: moving its IT infrastructure to the cloud and modernizing its imaging software.

“Those are the things that suffered the most,” said CIO Scott Arnold in a phone interview. “Other, smaller innovations just, kind of, trickled ahead.”

The hospital has since restarted work on those projects, but the timelines for completion have taken a significant hit. The cloud infrastructure project has been pushed back by eight to 10 months, while the imaging modernization has been delayed by about six months.

At other organizations, like Pittsburgh-based UPMC, it was the smaller projects that were put on hold.

Due to the pandemic, the health system had to delay some of these integration activities. It paused efforts to standardize some aspects of its EMRs and instead prioritized advances in telemedicine and analytics.

Making the decision
One of the biggest challenges for CIOs early in the pandemic was deciding which projects to suspend. While some health systems, like Steward, used the project’s impact on patient care to help it decide, others, like UnityPoint Health, created a set of principles.

“[It’s important to have a] surgical approach to balancing priorities,” said Laura Smith, CIO of the Des Moines, Iowa-based health system, in a phone interview.

One of the system’s guiding principles was to continue regulatory projects and ensure it was always up-to-speed with regulations and in compliance.

Another guiding principle related to “lifecycle type of work,” which includes projects focused on refreshing IT infrastructure or upgrading systems, Smith said. The health system decided that these would be funded but spending would be reduced or deferred in cases where not doing the project did not put the organization at risk.

Finally, there were the discretionary projects, that is, projects that had a business case but were optional.

This discretionary category included projects around extending or enhancing core tools. For example, UnityPoint paused its deployment of an anesthesia module for its EHR, as well as some enhancements of its back-office systems.

Though delaying the discretionary projects did not put the health system at significant risk, it did affect the organization as they all had a business case associated with them.

“Sometimes, within the business case there is a material or financial benefit or return and sometimes there are other benefits or returns,” Smith said. “It’s important to call out that the project benefits for those [discretionary projects] weren’t realized during the time period they were deferred or delayed.”

Recharging efforts
As the pandemic continued, the uncertainty around the novel coronavirus began to ebb, and health systems were able to turn back to stalled projects.

But they have faced some challenges while getting these efforts back on track.

Steward Health Care restarted its EHR replacement project last fall, but it had to do so with adjusted protocols.

Instead of bringing teams onsite in-person to conduct go-lives for the new EHRs, Steward had to find a way to do it remotely. It established a central location in Massachusetts from where IT teams could conduct the go-lives. It used cameras to help the people at the hospital feel as though the teams were right there with them.

“The amazing part about it was, we never would have tried something like this if it weren’t for the pandemic,” Colarusso said. “And it went so well. We were able to resolve issues so much faster. Ticket counts [that is, the number of times people needed an issue resolved] were anywhere from 30% to 40% below any of our other go-lives. And the satisfaction scores were higher.”

Another key issue IT teams faced was attracting and retaining top talent as they restarted projects that had been paused.

This is an ongoing issue because not only is it harder to find specialized IT workers as information systems become more complex, but also organizations’ competition has changed. Now health systems must compete with hospitals around the country for IT talent, not just those in their region or market.

“It’s especially hard to compete with those organizations in those higher cost-of-living areas that are starting to pick off talent,” said Tampa General Hospital’s Arnold. “Analytics is something we’re completely zoned in on and we are finding it pretty tough to compete and find labor in that space.”

To combat labor shortages, UPMC is adjusting to the needs of a hybrid workforce.

For example, the health system launched an “IT Modern Workplace Program” this spring through which they opened three IT hoteling workspaces — that is, workspaces that need to be pre-booked and checked in to, like a hotel — to facilitate collaboration among team members who chose to work onsite, said UPMC’s McCallister.

Looking ahead
Despite everything IT leaders and their teams have learned during the first 18 months of the pandemic, there is still a great deal of unpredictability about how the situation will continue to unfold.

“Even now, Michigan is experiencing a fourth surge,” said Ron Bussa, director of information services at Grand Rapids, Michigan-based Spectrum Health, in a phone interview. “We don’t know how long it’s going to last — we thought the second surge was going to be the final one. The uncertainty is hard.”

As a result, IT teams will have to continue to be flexible and adaptable with regard to their projects and planning efforts, he said.

The pandemic has shown that though IT efforts can be slowed, resilient teams will find a way to come back to projects that are needed by their organizations. It just may take a little more time and some extra planning.