Apple Watch could be used to detect arrhythmias other than AFib, study shows 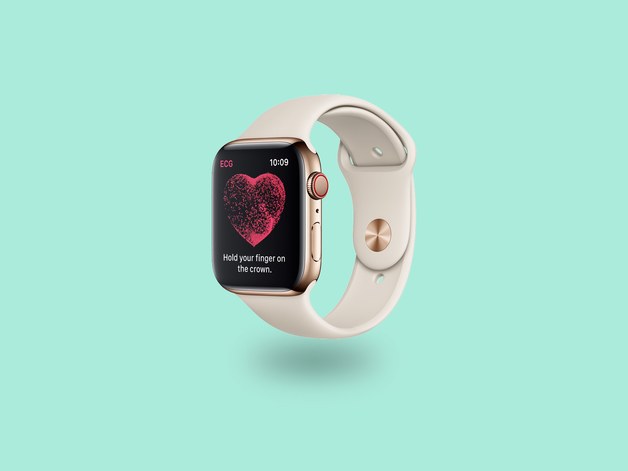 An analysis from the Apple Heart Study found the company’s device could potentially be used to detect arrhythmias other than atrial fibrillation. Photo credit: Apple

New findings from a 2017 study of the Apple Watch’s ECG feature found that it could potentially be used to detect other arrhythmias besides atrial fibrillation.

The analysis, published in Circulation, found that among people who had received an irregular pulse alert from their Apple Watch, but didn’t have atrial fibrillation, 40% were diagnosed with a different arrhythmia.

The findings were based on the Apple Heart Study, which ran from 2017 to 2018, and enrolled more than 400,000 people. The study, conducted by Stanford researchers and funded by Apple, let people who had an Apple Watch participate remotely by downloading an app. It had some limitations: The study was open label and did not include a control group.

Researchers published their initial findings from the study in 2019, supporting the device’s ability to detect atrial fibrillation by showing 84% of participants who received irregular pulse notifications were found to be in AFib at the time of the notification. Apple received FDA clearance for this feature in 2018.

Now, Apple is investigating if its device could potentially be used to detect other types of arrhythmias.

The analysis included information from 450 people, who had received an irregular pulse notification through their Apple Watch, followed up with a telehealth appointment and received ECG patches from BioTelemetry to track their heart rate for a week.

For people who used the ECG patch, no atrial fibrillation was detected in 297 people. But some other form of arrhythmia was detected in 40% of that group, with the most common ones including:

While these findings could potentially support future efforts to detect other types of arrhythmias, it’s not clear how much it will improve patients’ health in the long term.  These arrhythmias aren’t always dangerous in people who are otherwise healthy, but can be significant when combined with other heart conditions.

“It is also uncertain whether detection of these arrhythmias, independent of a potential subsequent diagnosis of (AFib), will improve long-term outcomes,” the researchers noted.

It’s also possible that AFib simply wasn’t detected while they were wearing the ECG patch. Of the people where AFib wasn’t initially detected with the patch, 30.5% were later diagnosed with the condition.

Researchers noted patients would benefit not only from refining approaches to identify AFib earlier, but also that “defining optimal care for patients with detection of incidental arrhythmias other than (AFib) is needed.”