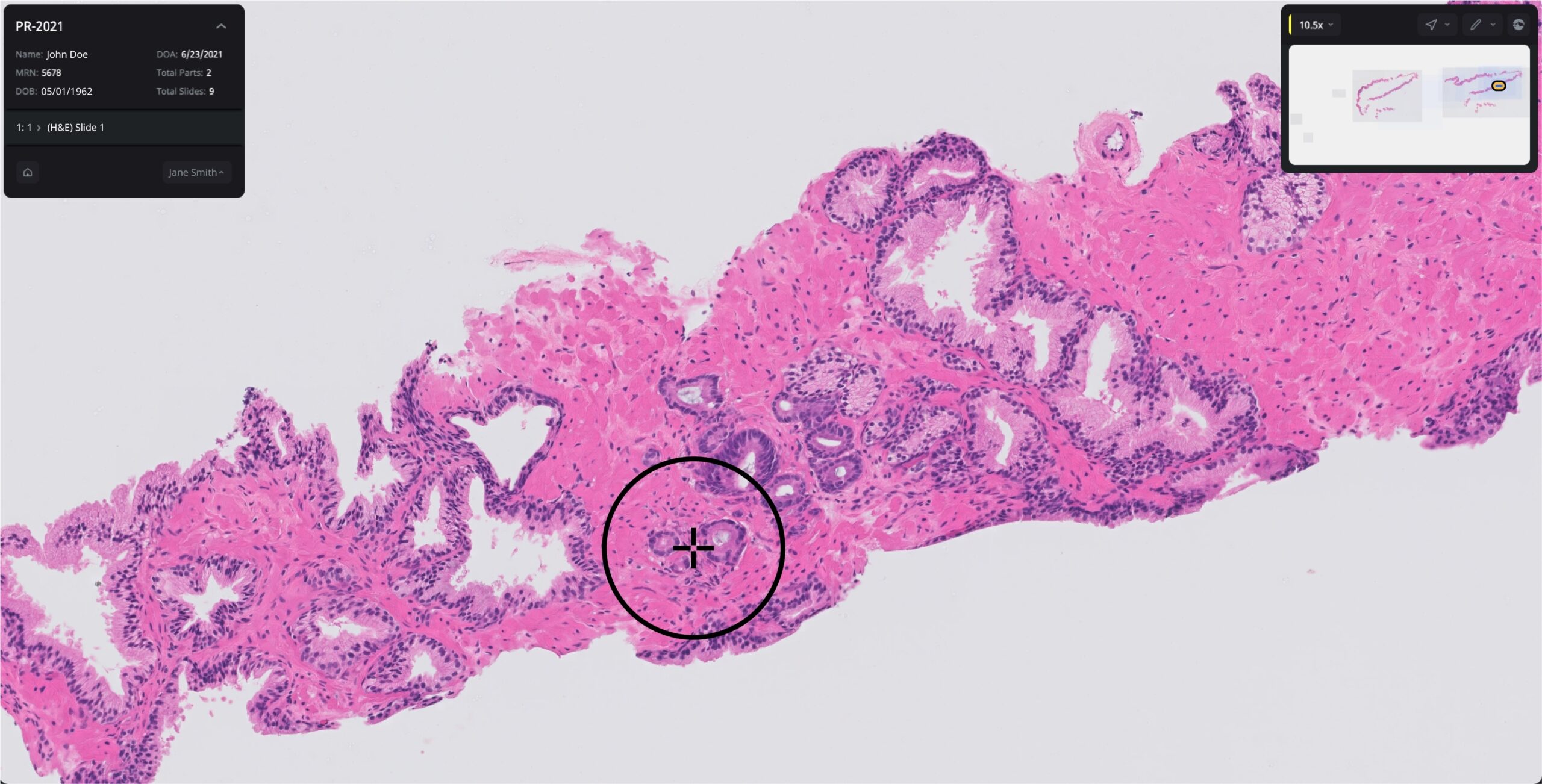 The software, developed by Memorial Sloan Kettering spinout Paige, analyzes digital slide images and matches patterns in the tissue to a cancer database. It was cleared through the FDA’s de novo pathway, creating a predicate for similar devices in the future.

It’s intended to help pathologists with large workloads and make it easier to identify potential areas of concern.

“There’s a lot of tissue. It can take a half hour or even an hour to go through it all and check if there’s cancer, and you don’t want to miss anything,” Paige CEO Leo Grady told MedCity News.

Based on the findings Paige submitted to the FDA, he said the software demonstrated a significant reduction in false negatives and a slight reduction in false positives. The results have not been published, but are currently going through peer review, he said.

To test its Paige Prostate software, the company pulled in 527 slides of prostate biopsies from 150 different institutions.  They included 171 slides with cancer and 356 benign slides.

A group of 16 pathologists evaluated the slides, initially on their own, and then returning later to assess the images again with the software’s assistance. By comparing pathologists’ assisted reads with their unassisted reads, Paige found that its software improved cancer detection by 7.3%.

However, the study did not evaluate how the software’s readings affected a patient’s final diagnosis, as pathologists might perform additional laboratory tests on the samples and consider additional information, such as a patient’s history, before reaching a diagnosis.

The FDA also noted that there is a potential risk for false negatives or false positives, but that this should be mitigated by a pathologist making the final decision.

Paige also didn’t share a demographic breakdown for the trial, but Grady said the company had to include a broad sampling of patients by gender, ethnicity and location to demonstrate it would work across the U.S.

With its recent clearance, Paige already has some big customers lining up to use its software. It struck a partnership with Quest Diagnostics earlier this year to develop AI products for cancer pathology, and already has inroads with Memorial Sloan Kettering, given that Paige’s software was developed using de-identified data from the hospital system.

For widespread adoption, there’s still a bit of a technological hurdle, as some labs are still reading cases on microscopes rather than digital slide scanners, which were first cleared by the FDA just a few years ago. Grady said the pandemic, coupled with the desire to work remotely, has inched more labs in that direction.

Looking to the future, he plans to run more studies showing that the software can not only improve pathologists’ accuracy, but also their efficiency.

Paige also will look to pursue regulatory clearance for more digital pathology tools in the future, including software to detect breast cancer that has been CE marked for use in Europe. Earlier this year, the New York-based company raised $100 million to build and test more AI products.