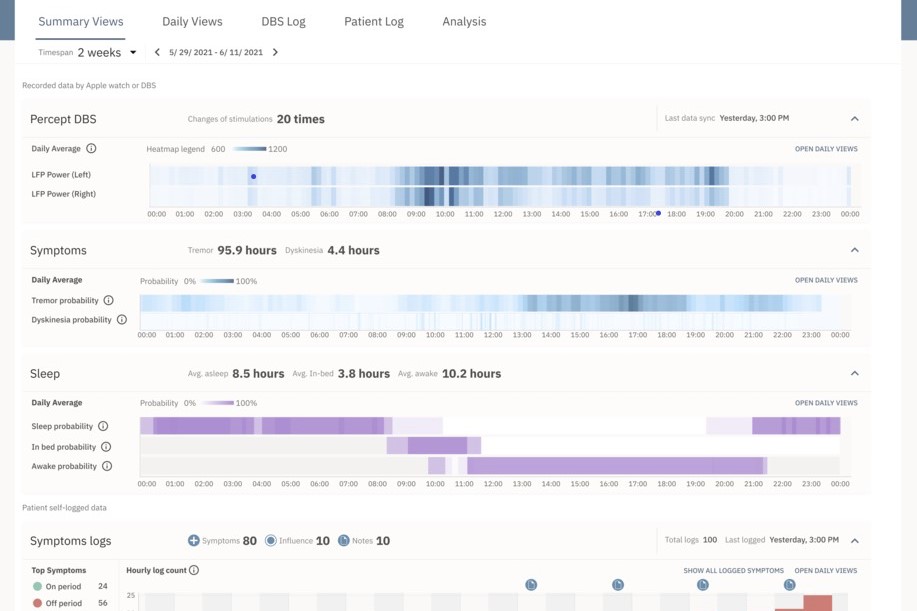 You don’t have to look far to see how data analysis is changing drug discovery and development. Cancer research now routinely employs computational techniques to learn what’s happening with a tumor, information that helps guide the drug search. But in neuroscience, use of brain data has lagged, according to Brian Pepin, founder and CEO of Rune Labs.

The data revolution bypassed neuroscience because there just has not been much brain data available, Pepin said. That’s starting to change, and San Francisco-based Rune has developed software to make available brain data useful, providing information that aids both clinical care and clinical research. Now the startup has $22.8 million in funding to grow the company. The Series A round of funding was led by Eclipse Ventures.

In some respects, Rune is taking a page from the way data analysis has progressed in cancer. Pepin points to Guardant Health and Flatiron Health, companies that incorporate real-world evidence into cancer research. Human brain data complements the animal models that have become valuable tools for studying the biology and genetics of cancers. But brain diseases, such as Alzheimer’s and Parkinson’s, don’t have good animal models, Pepin said. That makes human brain data even more crucial for assessing experimental therapies.

While human data for cancer are plentiful, brain data have been scarce, Pepin said. That’s changing. Brain imaging technologies are one data source. Implantable devices are another. For example, the deep brain stimulation technologies that treat Parkinson’s disease and chronic pain now also sense brain signals. Growing use of these devices means that instead of having data for tens of people, data are available for hundreds of thousands, Pepin said.

Wearable technologies are further broadening the ways patient data can be captured, and that’s one way patients encounter Rune’s software. The Apple Watch has the capability to track tremors and involuntary movements in Parkinson’s patients, a feature utilized in some clinical trials. Rune pairs Apple Watches with a Rune mobile app that gathers the data. Physicians can view details on a dashboard, seeing symptom changes and disease progression over time, Pepin said. Summary statistics, such as the heart rate variability, step count, and falls can be assessed in the context of the brain’s changing state. That information helps physicians assess the disease and how a patient is responding to therapies.

In addition to helping a physician decide whether a change in medication is needed, the software can also help determine whether a patient is a candidate for a clinical trial. Rune’s customers include pharmaceutical companies seeking ways to incorporate the technology into drug research. Medtronic, Genentech, and Biogen are among the life science companies that have inked contracts with the startup.

Pepin points to multiple sclerosis as an example of how Rune’s technology can support drug research. Some patients who have spinal cord implants to manage chronic pain happen to be patients who also have MS. With the brain data provided by those implants, the Rune software can provide a more accurate picture of disease progression, specifically, the damage to the protective myelin sheath that covers nerve fibers. These data are of interest for companies that are developing remyelination drugs but don’t have a way to measure how these medicines are working, Pepin said.

“If successful, it becomes almost a companion diagnostic for these drugs,” Pepin said. “That allows them to be paid for in the real world.”

“Almost” is a key qualifier here. The Rune technology is not considered a diagnostic or any other type of medical device. The software does not tell clinicians what to do, it just gives them a more complete picture, Pepin said. The information the software provides does not change the patient risk profile or any medical claims made by a therapeutic. Consequently, the Rune technology did not require regulatory review as a companion diagnostic would. But Pepin is leaving the door open to applications of the technology as a medical device. Expansion into monitoring tremors or dyskinesia could mean pursuing regulatory clearance as a Class I or Class II medical device, he said.

Pepin founded Rune in 2018 after five years at Verily, the life sciences unit of Google parent company Alphabet. His first neuroscience work there was at Galvani, the joint venture that Verily formed with GlaxoSmithKline to research neuromodulation as a way to treat disease. Pepin said that work gave him a view of the new neuro devices that are collecting data. It also revealed to him the data imbalance between neurology and oncology. Some of Pepin’s Verily colleagues were Flatiron Health veterans who told him how data analysis was changing oncology.

“I could see on the neuroscience side that wasn’t happening,” he said.

Rune’s new round of funding comes just shy of one year after the startup raised $5 million in seed financing. Pepin said he initially expected the company wouldn’t need to raise more money until late 2021. But over the summer, Rune was able to sign some deals, the largest of which Pepin said will be formally announced in coming weeks. That deal pairs the company’s technology with a commercially available therapeutic, getting the brain data software into top hospitals reaching many patients.

Pepin said he kept potential investors informed about Rune’s progress over the past year, and the recent business deals spurred them to close a round of funding sooner rather than later. Earlier investors, including DigiTx and Moment Ventures, also participated in the Series A financing. Pepin said the new cash will be used to hire more staff on the software side of the company, as well as to build up the startup’s neuroscience team with the goal of attracting more pharma company partners. Rune’s current headcount of 24 could top 30 by the end of the year, then double by the end of next year, Pepin said.