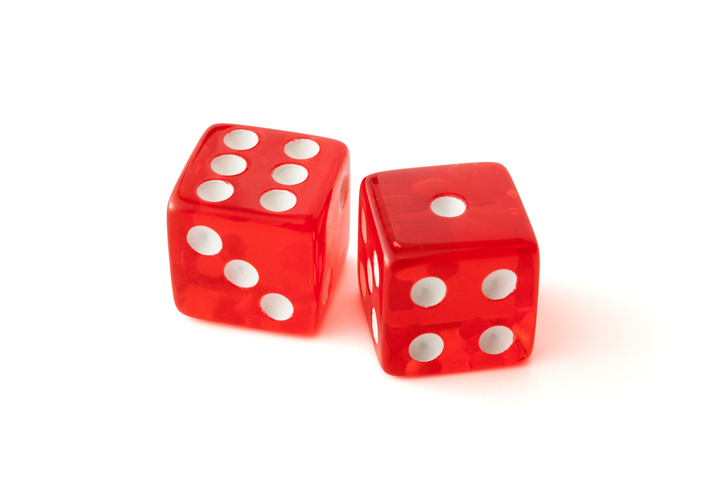 Biologic drugs offer quite the punch, treating a wide swath of immunological disorders for patients while bringing in blockbuster sales for drug companies. But these large molecules come as injections or infusions. Dice Therapeutics believes it can address the patient preference for pills by developing small molecule drugs that can hit large molecule targets. The concept has won over investors, enabling the preclinical-stage biotech to raise $204 million in an upsized IPO.

Dice Therapeutics, which changed its name from Dice Molecules ahead of the IPO, initially planned to offer 10 million shares in the range of $15 to $17 apiece. The company boosted the number of shares in the deal to 12 million and offered them at the top of the projected price range. Dice’s shares began trading on the Nasdaq Wednesday under the stock symbol “DICE.”

In its IPO filing, Dice notes that biologic drugs developed in the late 1990s and early 2000s transformed the treatment of many immunological disorders. But the company added that improvements to the efficacy of these drugs and how frequently they must be dosed still poses a hurdle to patients who don’t want chronic injections or infusions. Developing oral versions of these drugs has been its own challenge, as large molecules such as antibodies can’t be absorbed in the gut.

Dice’s proprietary technology, called Delscape, discovers, designs, and develops small molecules that it says have the potential to modulate protein-protein interactions as effectively as large molecules do. The company is developing drugs that go after disease targets that have already been validated for biologic drugs, but the company aims to hit those targets with its small molecules.

Lead Dice drug candidate S011806 is designed to block interleukin-17, a pro-inflammatory signaling molecule. Biologic drugs that address this target include two antibodies: Novartis’s Cosentyx and Taltz from Eli Lilly. Those drugs, each approved for multiple immunological disorders, generated about $4 billion and $1.8 billion respectively in revenue last year. In preclinical research, Dice said its small molecule was able to selectively block forms of IL-17 and also match the anti-inflammatory activity of a monoclonal antibody. Now the company aims to see how well its animal research translates to humans.

In July, Dice filed a clinical trial application seeking permission to begin human testing of S011806 in the United Kingdom. The company said in the IPO filing that it plans to start a Phase 1 study in healthy volunteers, followed by a Phase 1c clinical trial in patients with psoriasis. Programs in inflammatory bowel disease and idiopathic pulmonary fibrosis are in earlier stages of development with drug candidates yet to be nominated. Other drug targets include interleukin-23, tumor necrosis factor alpha, neonatal Fc receptor, and thymic stromal lymphopoietin.

Dice is keeping immunology as the main focus of the company’s internal programs. Expansion into other therapeutic is happening via research partnerships. In 2015, Dice began an immuno-oncology research partnership with Sanofi that gives the phama giant an exclusive option to license, develop, and commercialize compounds that Dice discovers. If Sanofi opts to develop compounds discovered under the alliance, the French company could be responsible for paying its partner up to $200 million tied to development and regulatory milestones, plus royalties from sales of a commercialized product.
Dice said in the IPO filing that this research has identified multiple potential drug candidates, and an investigational new drug application is expected by the end of 2023.

A partnership Dice inked with Genentech in 2017 has not gone as well. The alliance covered targets selected by the Roche subsidiary. Details about those targets were not disclosed but apparently Genentech did not see anything that from Dice that  it liked. As of the end of 2020, Genentech had not requested additional research services nor had it selected any of the customer options available under the contract, Dice said in the filing.

Prior to the IPO, Dice had raised about $200 million, according to the prospectus. The largest shareholder after the IPO is RA Capital Management, owning 11.1% of the company followed by Northpond Ventures’ 8.9% stake.

As of June 30, Dice reported a cash position of $42.5 million. Combined with the IPO proceeds, the company plans to spend about $90 million for its lead program, S011806, and another $20 million on its programs for inflammatory bowel disease and idiopathic pulmonary fibrosis. The rest of the IPO cash will go toward other research and development work.

Tyra Biosciences, a cancer drug developer, raised $172.8 million from its IPO to bring its most advanced programs into clinical trials. After initially planning to offer 9 million shares in the range of $14 to $16 each, the company found investor interest was strong enough to support increasing the number of shares to 10.8 million, which were offered at the top end of the projected price range. Shares of Carlsbad, California-based Tyra trade on the Nasdaq under the stock symbol “TYRA.”

Despite the availability of new targeted cancer treatments, the response rate and the duration of currently available therapies can be limited by drug resistance and other shortcomings, Tyra said in its IPO filing. Tyra’s technology, called SNAP, yields small molecules specifically designed to address acquired drug resistance.

According to the prospectus, SNAP efficiently identifies and selectively targets vulnerabilities in mutant proteins where genetic alterations have eliminated or reduced the effectiveness of targeted therapies. These “SNAPshots” give insight into the structure of binding sites for its molecules, telling Tyra scientists how commonly occurring genetic alterations lead to acquired drug resistance to existing drugs. With those insights into the genetic alterations most likely to cause drug resistance, the company designs drug candidates that avoid those mutations but still block the intended target.

“Through this process, we identify product candidates that may have the potency and selectivity to, if approved, be used as important treatment options to address critical unmet needs,” Tyra said in the prospectus.

The first focus of Tyra is developing small molecules that block fibroblast growth factor receptors (FGFR), a family of proteins that when mutated, drive cancer growth. Lead Tyra program TYRA-300 is designed to block FGFR3; the initial focus for that compound is bladder cancer. The company plans to submit an investigational new drug application in the middle of 2022. Other drugs in the pipeline include compounds targeting FGFR2, FGFR3, RET, and FGFR4.

Before the IPO, Tyra had raised $157.2 million, the company said in the IPO filing, most recently a $106 million Series B financing announced in March. The largest shareholders are RA Capital Management and Boxer Capital, each holding a 15.3% post-IPO stake. As of June 30, the company reported having $135.2 million in cash. In the IPO filing, Tyra said it plans to spend $18.9 million for development of TYRA-300 through the completion of the Phase 1 portion of the planned Phase 1/2 clinical trial. Another $19.4 million is set aside for developing the FGFR2 program, also through completion of Phase 1; about $20.8 million will go to advance the FDFR3 program for achondroplasia into the clinic. The rest of the IPO cash will be used for discovery and preclinical development of other drug candidates.

Procept BioRobotics, a company that was awarded FDA marketing clearance for its surgical robot earlier this year, raised $163.9 million to support its ongoing commercialization efforts. The Redwood City, California-based company was able to boost the size of its IPO. After initially planning to offer 5.5 million shares in the range of $22 to $24 each, Procept ended up offering more than 6.5 million shares at $25 apiece. Those shares trade on the Nasdaq under the stock symbol “PRCT.”

The Procept robot, called the AquaBeam Robotic System, was developed to enable minimally invasive urologic surgery, removing prostate tissue in patients who have benign prostatic hyperplasia, or BPH. Development of the technology began in 2009, according to the IPO filing. The robotic system’s features include real-time imaging; ultrasound imaging integrated with planning software that helps the surgeon come up with a tissue removal plan specific to the patient’s anatomy; robotic execution of the procedure under the watch of the surgeon; and ablation of the unwanted tissue using a heat-free water jet that pulses at nearly the speed of sound.

AquaBeam was first commercialized overseas; the FDA granted marketing clearance to the Class II medical device in March, according to the IPO filing. Through the end of June, Procept said it had 124 of its systems installed globally and 73 in the U.S. So far, AquaBeam has been used to treat more than 5,500 patients. Procept reported $7.7 million in sales in 2020, a more than 26% increase over the prior year. Sales continue to grow. Revenue in the first half of this year was nearly double the company’s total sales in 2020. With the IPO proceeds, Procept said it plans to spend $45 million to hire more sales and marketing staff; another $25 million is set aside for product development and R&D.