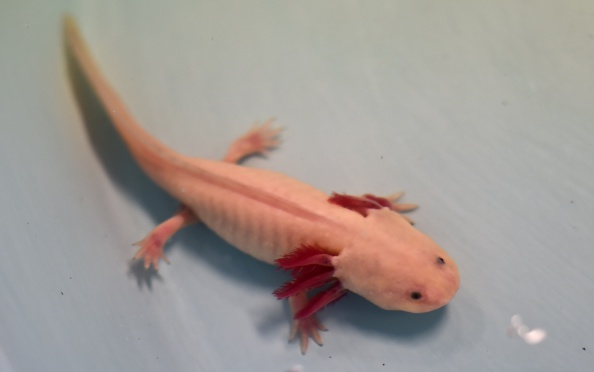 Engineered T cells paved the way for the first cell therapies in cancer. Walking Fish Therapeutics sees a different type of immune cell, the B cell, as way to improve upon the approach and expand cell therapy’s reach to more diseases. The South San Francisco-based biotech has been quietly developing its technology for the past two years. On Monday, it unveiled its science along with $50 million in funding.

The disclosed investors in the Series A round of financing are Emerson Collective, Illumina Ventures, and Quan Capital.

B cells are a type of white blood cell that produces antibodies. Walking Fish is harnessing that capability by engineering these cells to produce therapeutic proteins. The company says that it has made progress using its approach to activate the immune system against cancer. That’s just the start. Walking Fish said its technology could lead to B cells that serve as in vivo protein factories, churning out engineered antibodies for infectious diseases, replacement proteins for deficiency diseases, proteins that inhibit autoimmune diseases, and proteins that aid in regenerative medicine.

“B cells play an important role in the rejection of tumors by the immune system,” Mark Selby, co-founder and vice president of immunology of Walking Fish said in a prepared statement. “We have learned to engineer B cells that can target certain cancers and provide a treatment modality that is different from that of other T cell or antibody therapies.”

At the helm of Walking Fish is co-founder and CEO Lewis “Rusty” Williams, who was the co-founder and former top executive of cancer drug developer Five Prime Therapeutics. The South San Francisco biotech was acquired by Amgen earlier this year in a $1.9 billion deal. Williams had stepped down as CEO of Five Prime in 2018 but remained on the biotech’s board of directors. The following year, he left Five Prime’s board to focus on Walking Fish.

CAR-T therapies, the first wave of cell therapies made from a patient’s own immune cells, are produced by harvesting those cells, engineering them to recognize a patient’s cancer, multiplying those cells in a lab, and then infusing them into the patient. While CAR T provides another option for serious blood cancers that have not responded to earlier lines of treatment, these therapies also introduce some risks, such as toxic effects to the brain as well as an overactive immune response. Prior to reinfusion with the therapy, patients undergo a round of chemotherapy, a “preconditioning” regimen that depletes the lymphocytes of the patient to give the infused CAR T cells a better shot at being taken up by the body. But preconditioning comes with its own risks, such as a greater susceptibility to infection.

Walking Fish’s new financing comes nearly one year after Cambridge, Massachusetts-based Be Biopharma launched with a $52 million Series A round of funding. At the time, the biotech said the advantages of its approach to B cells include the ability to design a therapy that could target specific tissues, offer broad and customizable functionality, and potentially last decades. Be Biopharma also said its B cell treatments would not need the toxic preconditioning step required of CAR T therapy. Like Walking Fish, Be Biopharma listed cancer and autoimmune diseases among the potential applications of technology, though it has not disclosed specific disease targets or other details about its pipeline.

Walking Fish is named for axolotl, a salamander that is more commonly referred to as a “walking fish.” These amphibians can regenerate limbs and other parts of their bodies, a capability the company embraces as similar to its aim of restoring health with cell therapies. Walking Fish has three preclinical programs so far, according to the biotech’s website. Two of them address undisclosed targets as a way of treating solid tumors. The third program is for an undisclosed target in rare disease/regenerative medicine. All three programs are projected to be ready for an investigational new drug application filing in the first half of 2023.