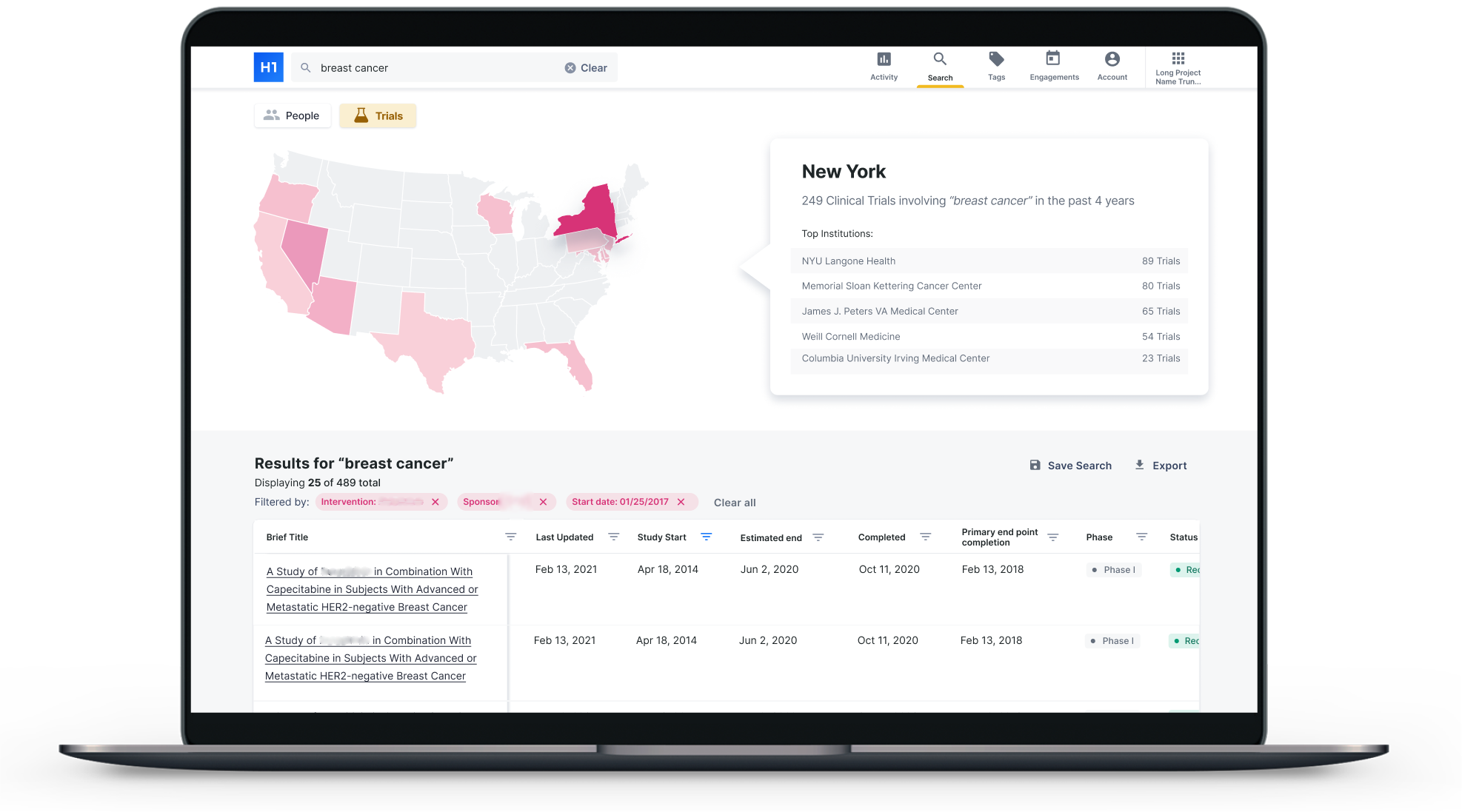 Last year, a large pharmaceutical company contacted H1. They were running a phase 2 clinical trial, and wanted to know how diverse their physicians were.

It was in the time leading up to the election and Covid-19 vaccines were currently in development. Numerous articles posed the question: was this process inclusive enough, and would people take them?

“It was all because of that phone call we got. We ended up doing it,” H1 CEO and Co-Founder Ariel Katz said in an interview.

Their findings: Of the thousands of physicians running the trial, most of them were white males. That process sparked H1 to build out a broader feature to help pharmaceutical companies identify diverse physicians and plan trials more efficiently.

New York-based H1 has built a platform of physician researchers. The company recently rolled out a product called H1 Trial Landscape to help pharmaceutical companies find the best investigators and sites for a clinical trial.

For example, companies would be able to view information on a physician’s past research or clinical trials. They can also view demographic information about physicians, what languages they speak, and what conditions they treat, which could help pharma companies puzzle together who they might be able to recruit for a trial.

“We can use a lot of that information we’re collecting to build the pieces of that puzzle,” he said.

It also includes some logistical considerations. For example, a company running a CAR-T trial would want to know if a trial site had access to an industrial refrigerator.

Before, the process for sorting that out had been time consuming, involving contacting office administrators one by one and asking them to fill out questionnaires.

“They literally send the same form,” he said. “They all store that information separately and they all ask it separately.”

H1 has already drummed up some users for this feature, including New York-based CRO TrialSpark. Three unnamed top-10 pharma companies are also using it, Katz said.

In late 2020, the startup raised $58 million in series B funding. It expects to see more momentum after the FDA issued a guidance last year instructing drug developers to include people of different demographics in trials. The agency pointed to health disparities from Covid-19 as an example of why this is so important.

“That, in combination with social awareness of everything that happened in the last year, this macro-wave is changing in the industry,” he said. “Everyone asked us about us about (trial diversity), whereas two years ago nobody asked us about this.”