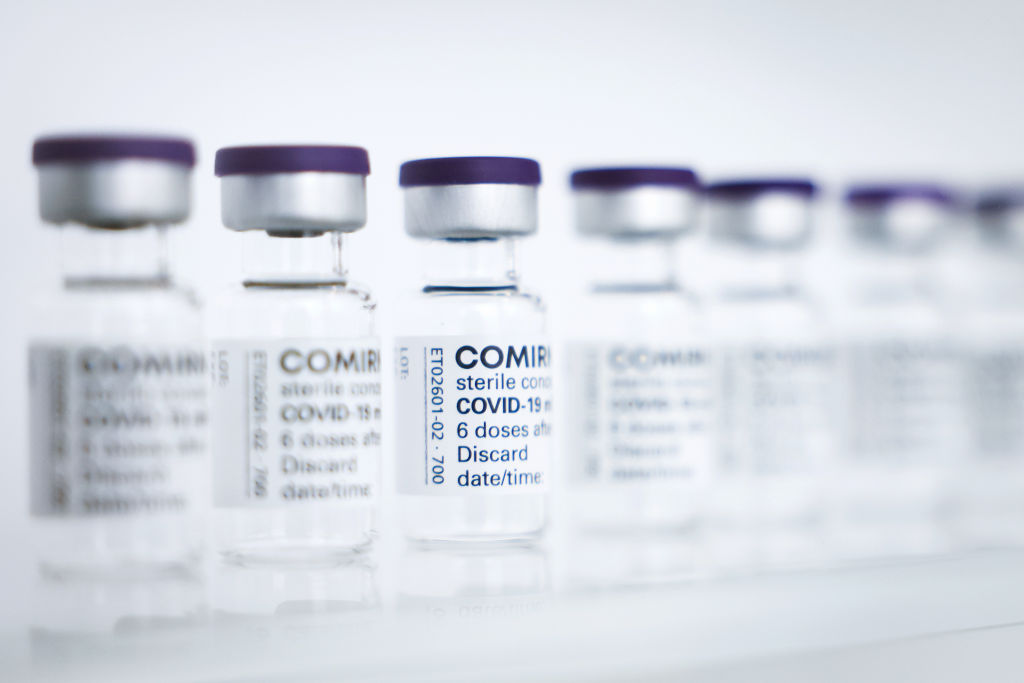 The Covid-19 vaccine co-developed by Pfizer and BioNTech now has full FDA approval for preventing the respiratory disease, making the two-shot regimen the first to achieve that milestone.

The approval announced Monday comes more than eight months after the vaccine became the first vaccine granted emergency use authorization. Such authorizations are temporary orders that last for the duration of an emergency. The pandemic is ongoing but full approval, based on the review of additional clinical trial data, is hoped to persuade those who have yet to be vaccinated to finally get their shots.

“While millions of people have already safely received COVID-19 vaccines, we recognize that for some, the FDA approval of a vaccine may now instill additional confidence to get vaccinated,” Janet Woodcock, acting FDA Commissioner, said in the FDA’s announcement. “Today’s milestone puts us one step closer to altering the course of this pandemic in the U.S.”

Full approval of the messenger RNA vaccine covers those 16 and older, just as the initial authorization did. Use of the vaccine in adolescents 12 to 15 years of age is permitted under the emergency use authorization that was granted in May. The approved vaccine, which will be marketed under the name “Comirnaty,” is the same formulation as the authorized vaccine and will be given according to the same schedule—two intramuscular injections given three weeks apart. The approval comes as federal health officials pursue a plan to offer a third shot, a booster, eight months after a vaccinated individual’s second shot.

The initial authorization was based on the review of data showing the vaccine was 95% effective in preventing Covid-19 in a placebo-controlled clinical trial enrolling more than 36,000 people aged 16 and older. For full approval, the FDA required the companies to produce updated safety and efficacy data from following clinical trial participants for a longer period of time. FDA approval of Cormirnaty was based on effectiveness data that included an additional 4,000 people, split between those given the vaccine and those given a placebo. In these results, data show the vaccine was 91% effective in preventing Covid-19.

In the months since the Pfizer/BioNTech vaccine was first authorized, the FDA said it closely monitored reports of inflammation in and around the heart in some vaccinated people. The agency said that its review of these reports found an increased risk of such problems, particularly within the first week following the second dose. That risk is higher in males younger than 40 compared to females and older males, and is highest in males 12 to 17 years of age.

According to the FDA, the data suggest that symptoms in most people resolved but some required intensive care. The vaccine’s label includes a warning about these potential problems. Long-term data about these risks are not yet available. The FDA said that more than half of clinical trial participants have been followed for at least four months since receiving the second dose. About 12,000 of the study participants have been followed for at least six months.

The initial authorization for the vaccine was granted following a recommendation of an independent FDA advisory committee. The FDA apparently did not find that the observed heart risks were severe enough to warrant further examination by that same advisory panel. In the approval letter sent to BioNTech, the agency said that another meeting was not required because the application “did not raise controversial issues that would have benefited from an advisory committee discussion.”

The FDA is, however, still interested in learning more about the potential problems that the vaccine may pose to the heart. The approval letter states that analysis of the adverse events reported so far, as well as the system in place to monitor for such problems after the vaccine has reached the market, are not sufficient to assess the unknown heart risks. Therefore, the agency is requiring Pfizer and BioNTech to conduct post-marketing studies to assess long-term outcomes in people who develop myocarditis, which is inflammation of the heart muscle, following vaccination.

Pfizer and BioNTech have already been preparing for this heart study and the final clinical trial protocol is due to be submitted to the FDA by the Aug. 31, according to the FDA letter. Though not a requirement of the approval, the FDA also said that the companies have committed to additional safety studies, including one evaluating outcomes in pregnant women and their infants after women are vaccinated during pregnancy.

The other two Covid vaccines that have secured emergency authorization so far are from Moderna and Johnson & Johnson. Moderna, developer of an mRNA vaccine like Comirnaty, began a rolling submission seeking full FDA approval in May.