Avoid surprises by preparing to implement the No Surprises Act 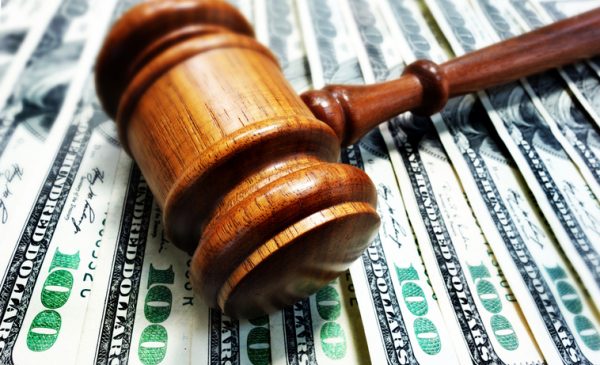 Rollout of the No Surprises Act is underway, but are companies ready?

In July, the U.S. Departments of Health and Human Services (HHS), Labor, and Treasury jointly published their interim final rule (IFR) regarding the act, which prohibits “surprise billing” for emergency and unexpected out-of-network care. The rule includes regulations that flesh out how this law will be implemented and enforced starting January 1. Here’s what you need to understand to be prepared.

What does the rule actually cover?

Signed as part of the massive year-end appropriations bill last December, the No Surprises Act is the first federal law that limits patients’ out-of-pocket responsibility for some of the most common unavoidable out-of-network services. It prohibits the common practice whereby providers and facilities seek the remaining balance from patients after billing insurance for those services that the plan doesn’t cover because the providers were out-of-network for the patient. This practice of trying to recoup money from patients is termed  “balance billing.”

An estimated 1 in 6 ER visits and hospital stays involves care from at least one out-of-network provider, resulting in surprise medical bills, according to the Centers for Medicare and Medicaid Services (CMS). Two-thirds of bankruptcies stem from overwhelming medical debt, even after the passage of the Affordable Care Act.

Unlike the numerous state laws that seek to rein in surprise billing, the No Surprises Act also applies to federally-regulated self-funded employer insurance plans formed under the Employee Retirement Income Security Act (ERISA plans) and air ambulance services. It also covers companies in states that did not have any surprise billing laws on the books.

Further, it requires providers and insurers to disclose how much a patient would owe for services rendered and create an independent dispute resolution (IDR) process for payment disputes, though these will not be fully delineated until the next rule is issued on September 7.

While the law is being hailed by patient and provider advocates, and the interim rule is generally a hit with provider hospitals and insurers, it will likely have a negative impact on certain out-of-network providers.

Providers that work as ancillaries to an emergency or hospital setting such as anesthesia, diagnostic testing and air ambulance services are reeling, according to Victoria Wallace, Partner at Hogan Lovells, who represents these clients.

“The economic effect of this law on my clients could be really devastating,” Wallace said in a phone interview. “I think who is going to be impacted most are the providers that are not aware that this act does apply to them or could apply to them.”

A perfect, and perfectly common, example: Imagine you’re at the emergency room, and the doctor doesn’t feel you need to stay overnight but wants to get you checked out with some further tests. The lab that does that specialized test doesn’t open until the morning. They order the test and send you home to follow up bright and early. Does that test still count as part of the covered visit? If it does, that means the provider now has to know whether the diagnostic test provider is in your network — or leave that lab liable for eating the cost of the service it rendered, under the No Surprises Act.

Knowns and known unknowns in the July IFR

July’s Interim Final Rule hammered down some of the law’s core aspects. It delineated the scope of the law’s prohibition on balance billing, told providers and payers how to calculate the patient’s cost-sharing responsibility (the “qualifying payment amount” or QPA), explained when patients can waive application of the act, and detailed the requirements for provider and facility disclosures.

July’s rule also expanded the definition of emergency services beyond that in the Emergency Medical Treatment and Labor Act (EMTALA), which is often used to limit coverage.

Under the rule, patients cannot be held responsible for higher than the service would cost in-network, unless there is no equivalent provider in-network. In the latter case, the payer must either follow applicable state law or charge the lowest QPA, which is generally the plan’s or issuer’s median contracted rate.

But some areas like how a “visit” is defined were left too vague for small diagnostic companies’ comfort, Wallace said. She believes the requirements for reimbursement under the law could be too heavy a lift for some independent testing and monitoring services to bear, and could even lead to a complete shift in their business models. Instead of relying on balance billing, they may have to figure out how to instead sell their services directly to provider facilities, who bundle the expense into the patient’s bill and then reimburse the ancillary service provider, she said.

Wallace is concerned that the air ambulance industry could be devastated by the requirements of the law, given most of the players are out-of-network with plans and rely on balance billing.

“The way the current methodology is set up, there’s a very real risk that the air ambulance providers will not be able to get payment through the IDR process that is even sufficient to cover the cost of them providing the service,” she said. “If that’s the case, they have to close bases, and what happens to patients in rural areas that are served by those bases if overall the payment is so low, it’s not possible for anyone to do business there?”

Another issue is that the interim rule’s calculation of “cost-sharing” for air ambulance services does not line up with the definition under statute, Wallace said, leaving it open for plans as well as patients to pay artificially deflated prices. She argues this is not what Congress intended when it wrote the No Surprises Act.

“The overall QPA as it applies to air ambulances is designed to keep patient cost-sharing very low, which is a net-positive for patients, but the problem is that QPA is also a statutorily-required factor for an IDR entity to consider for payment, and if it’s being artificially deflated for patients it’s also being artificially deflated for provider payment,” Wallace explained. “That doesn’t have to be the outcome, they could structure it slightly differently to avoid this, but at present, it’s not clarified as much as we need.”

How to avoid surprises in the Surprise Billing Rule

So what should diagnostic, monitoring, and other ancillary service companies do in the meantime, to protect their bottom line? Wallace suggests the following steps be taken:

First, do a risk assessment: where are your patients coming from? Is it straight from the hospital? If so, you might want to get clarity on whether you are being paid as part of the patient’s hospital visit, in which case the act applies. However, if this is a separate visit, it gives you safe harbor because the Act doesn’t apply.

Second, ensure you know which networks cover your company and negotiate with providers, now — don’t wait until the last minute. Plans are already preparing for the law’s effective date of January 1 by negotiating in-network rates at lower amounts now for services they did not already calculate QPAs for in 2019.

Wallace advised companies to make a deal before the law goes into effect to maintain the leverage they currently have. Beware that if providers want to go in-network with insurance plans after January 1, they will have to undergo the cumbersome IDR process.

Third, be sure to make your voices heard: the comment period for this IFR is now open, and the period for the next set of regulations will open in September.

“The departments [of Health and Human Services, and Treasury] are doing their best, and to their credit, holding listening sessions and trying to be responsive to all affected parties, which is a Herculean task,” Wallace said, exhorting her clients to meet with officials at both departments if they can. “It’s certainly not a give up and roll over situation, yet,” Wallace said.