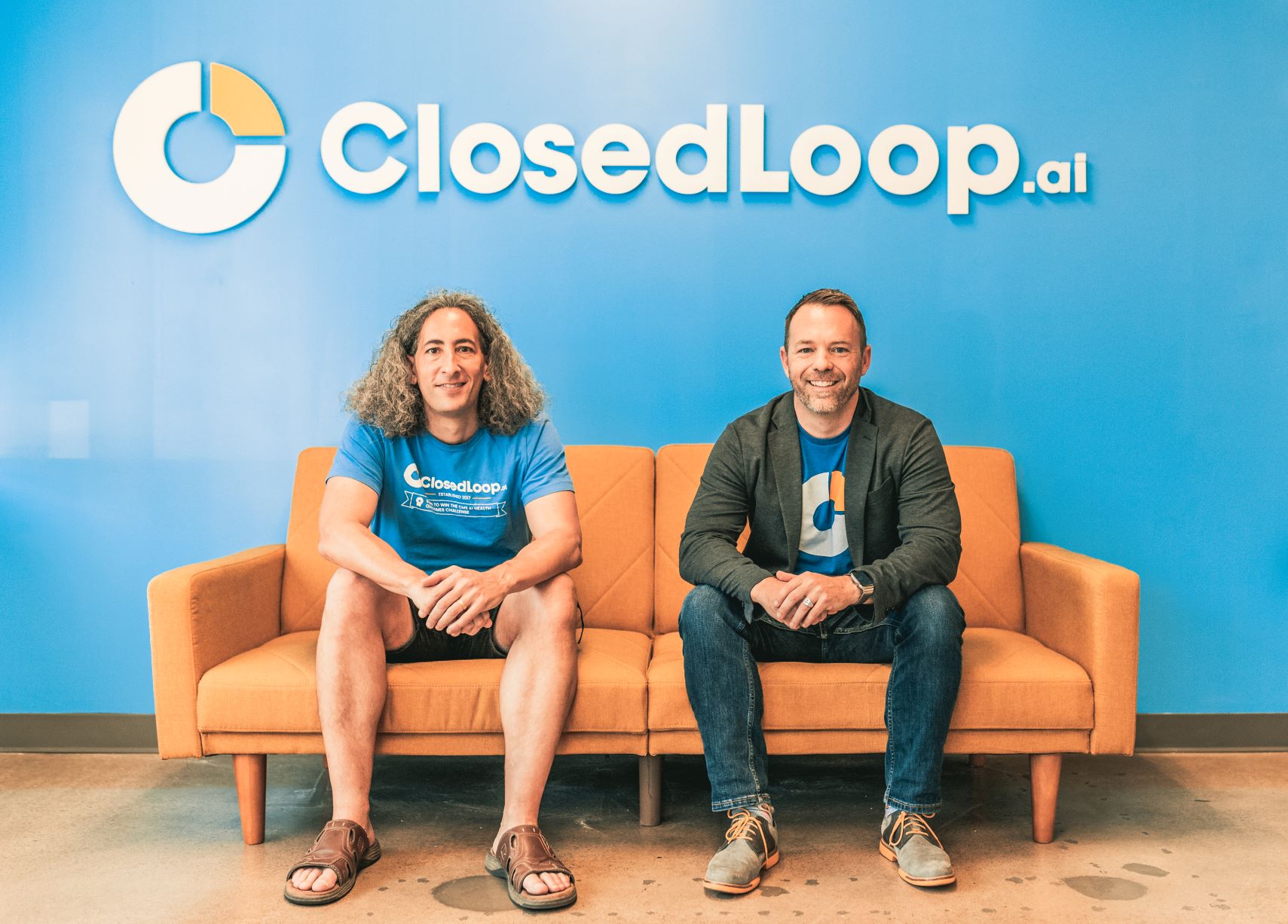 Dave DeCaprio (left) and Andrew Eye (right) co-founded ClosedLoop.ai in 2017. The company recently won an AI contest from the Centers for Medicare and Medicaid Services.

When ClosedLoop.ai entered an AI contest hosted by the Centers for Medicare and Medicaid Services (CMS), it faced several big competitors: IBM, Mayo Clinic and Geisinger. But in the end, the startup from Austin won.

What was their secret?

CEO Andrew Eye said focusing on transparent, explainable algorithms helped ClosedLoop clinch the victory in April. Since then, the startup recently closed a $34 million funding round led by Telstra Ventures.

Many AI competitions focus solely on accuracy, meaning the victor might be the company whose algorithm was a fraction of a point more accurate. But for CMS’ competition, companies were also tasked with making their solutions explainable to physicians and addressing potential sources of bias.

ClosedLoop and other finalists competed over making an algorithm that could predict unplanned hospital admissions and adverse events. Its solution was picked not only for its accuracy, but also based on a panel of clinicians who scored it for explainability.

“If you’re predicting the stock market — If I’m an AI company in fintech, and if I get a prediction correct, nobody cares how I got that right,” Eye said in a Zoom interview. “In healthcare, there is a decision maker between the insight that you surface and actual real world impact. And her name is doctor. They will never take action if they can’t understand how the algorithm came to the conclusion that it came to.”

The problem in healthcare, from Eye’s perspective, is that so many vendors sell proprietary algorithms, making it difficult to know exactly what goes into them. This also makes it challenging for hospitals to vet them for bias or fairness, or to ensure that they will work well for people in their communities.

One way that ClosedLoop solves this is by giving health systems the tools to build their own algorithms. But for those who don’t have a team of technicians to do this, they can still outsource that work to ClosedLoop without getting a “black box” in exchange.

The startup has built technology that can explain what an algorithm “learned,” and what variables impacted a given prediction most. It can take that information all the way down to the patient level. For example, if someone jumped from the 80th percentile of risk to the 95th percentile, what changed?

“That’s what doctors want to see,” Eye said. “What we heard over and over again was show me the codes… show me what diagnosis codes, lab values, prescriptions that you see that made you jump from the 80th to the 95th.”

He co-founded the company in 2017 based on his own experiences with healthcare. Months after he teamed up with CTO Dave DeCaprio, his daughter got very sick with an inflamed liver.

After a three week diagnostic odyssey, they learned it was autoimmune hepatitis, a condition where immune cells attack the liver.

“We were two weeks away from getting a liver transplant when the right answer was to take $5 worth of prednisone,” Eye said.

He later learned that in half of all pediatric liver failure cases, they never had a diagnosis, and in 15% of those cases, they never ran the autoimmune hepatitis test. No one had ever used past data to improve that clinical decision, which is where Eye hopes his company is building can play a role.

“It’s not just about chronic disease and avoidable hospitalizations, although those are where the biggest dollar impacts are,” he said. “It’s for the long tail, for rare diseases like autoimmune hepatitis. That’s where I’m passionate about this.”