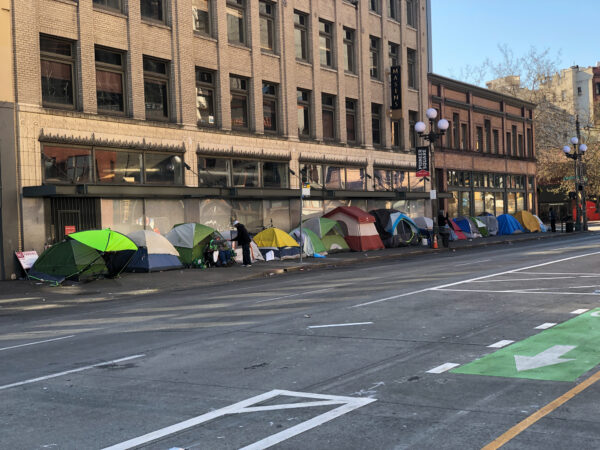 Housing instability and homelessness, now widely recognized as social determinants of health, are on the rise. And players in the healthcare world are belatedly taking notice.

At the beginning of 2020, there were about half a million people either living on the streets or in temporary housing, according to a recent government report. Last year was also the fourth consecutive year that homelessness increased nationwide. And this is before the effects of Covid-19 on homelessness have been fully tallied.

Providers and payers are tackling the intractable problem in different ways — launching medical groups to providing funding to subsidize housing. But the goal is the same: to support the homeless population and ease access to care.

Long Beach, California-based SCAN Health Plan, a nonprofit payer offering Medicare Advantage plans, launched a medical group that will provide healthcare and other services to individuals experiencing homelessness in the southern part of the state. Called Healthcare in Action, the group is payer-agnostic and aims to meet senior patients where they are, whether it be in encampments, underpasses or transitional housing.

“What’s different about what we are doing compared to other street medicine programs is that we are trying to wrap it in a managed care framework and make it sustainable,” said Dr. Michael Hochman, a primary care physician and the inaugural CEO of Healthcare in Action, in a phone interview.

The medical group will seek contracts with payers to care for their homeless patients. Healthcare in Action promises small primary care pools —that is, the number of patients a physician is responsible for — to ensure targeted care, Hochman said.

While the typical primary care pool is about 2,300 patients per physician, Healthcare in Action’s will be 125.

The medical group will also work closely with community agencies to help their patients find housing.

In July, Anthem announced it had invested $87.9 million in affordable housing across Indiana. This is part of the insurance giant’s $400 million-plus commitment to affordable housing in 45 states, the District of Columbia, Puerto Rico and Guam.

The initiative provides funding to subsidize housing for vulnerable individuals and families, including those living with intellectual and developmental disabilities.

“Anthem recognizes that social factors, such as access to stable housing, are critical components of integrated healthcare and healthy communities, and that’s why we continue to invest in innovative programs and develop strategic partnerships that support access to critical services for healthy living,” said Aimée K. Dailey, Anthem’s Medicaid president, in an email.

Alongside payers, providers, too, are focused on improving care for the homeless population.

Chicago-based CommonSpirit Health launched its Homeless Health Initiative in 2019, with the aim of integrating healthcare, behavioral health and wellness services with housing.

The health system partners with local community organizations to expand resources available to the homeless and connect them to care, said Ashley Brand, CommonSpirit Health’s director of community and homeless health and head of the Homeless Health Initiative in California.

For example, the initiative partnered with an organization called STAND, based in Stockton, California, to purchase single-family homes. Over the past year, they were able to buy three homes that are now occupied by formerly homeless individuals with medical needs.

Through a partnership with the Center for Housing and Health in Chicago, the health system has access to 4,000 units around the city where they can house patients who have nowhere to go after receiving care.

“We subscribe to the housing-first model,” said Steve Brown, leader of the Better Health Through Housing, in a phone interview. “Housing-first puts somebody into the stability of housing with a few conditions.”

A medical panel, comprised of leaders from UI Health and the Center for Housing and Health, meets once a month to review the cases of the people being housed through the program.

“Housing is fundamental to health,” Brown said. “Without it, you can’t make medical appointments, you can’t get help substance use treatment, you can’t have the kind of stability that allows you the…mind space to be able to attend to all your activities of daily living.”

The Covid-19 pandemic has likely worsened homelessness. A recent Centers for Disease Control and Prevention survey showed about 1.4 million people said in the first week of July that it was very likely that they would face eviction in the next two months.

It is unclear how many will be added to the homeless population once the current eviction moratorium lifts, making provider and payer efforts in this area more necessary than ever.