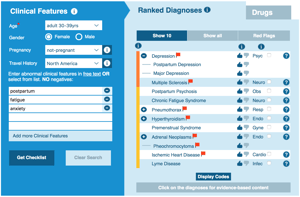 In a recent blog we covered mental health conditions which can occur during pregnancy, but there are also some mental health conditions which can occur after the woman has given birth. The postpartum period is up to a year after giving birth,  If a woman has experienced mental ill health in the past, then she is more likely to become mentally unwell during pregnancy or in this postpartum period than at other times in her life.

The postpartum or postnatal period begins immediately after the birth of a child and is the time when the mother’s body, hormone levels and uterus size are returning to a non-pregnant state. The World Health Organization (WHO) describes the postnatal period as the most critical but also the most neglected phase of the lives of mothers and babies.  There are huge adaptations to be made during the postpartum period; the woman has gone through labor and delivery, may have had surgery or unexpected procedures during childbirth, has physical wounds which need to heal and now has a baby who is dependent on her for food, warmth and care, all whilst encountering a lack of sleep and difficulty maintaining routines. The mother may also be experiencing fears and concerns about her baby. During the postpartum period, 85% of women experience some type of mood disturbance. For most part the symptoms are mild and short-lived but in 10-15% the symptoms can become significant and lead to depression. Postpartum blues occur in 50 to 85% of women during the first few weeks after delivery.  This is a common mood disturbance and is to be expected after all the rigors of childbirth, therefore this shouldn’t be classified as a psychiatric illness. With the postpartum blues, the symptoms experienced are mood lability, tearfulness, anxiety or irritability.  The symptoms peak around five days after the birth and tend to remit within two weeks of delivery.  The symptoms are unsettling for the woman but don’t tend to interfere with her ability to function, and no treatment is required. If symptoms persist for longer than two weeks, then further evaluation is advised.

Awareness of postpartum mental health conditions are of utmost importance, as contact with the mother and baby reduces once the baby is born to routine checks and visits for vaccinations. It may not be apparent during these visits that the mother is experiencing any alterations in mood and they may not wish to disclose it.  It is important to open up conversations during these visits as  impaired mother to infant interactions can occur in 10-25% of women with postpartum mental health disorders. This impairment may lead to maternal rejection of the baby, insecure attachment and cognitive or behavioral problems in the child.

This can occur within the first two to three months post delivery but can occur at any point during the first year.  The symptoms are the same as depression which can happen at any point in someone’s life and include:

To assess for postpartum depression the Edinburgh Postnatal Depression Scale (EPDS) can be used. This consists of 10 questions, where a score of 12 or greater or a yes to the question on presence of suicidal thoughts will identify concern and indicate where a thorough evaluation is needed.  The key is identifying symptoms early and ensuring close monitoring of those who are ‘at risk’.  Treatment of PPD is centred around psychotherapy and/or antidepressant medication.

This is the most severe form of postpartum psychiatric illness.  It refers to an acute psychotic episode in the mother usually occurring within a month of birth.  It is a rare condition and occurs in 1 to 2 women out of a 1000 following childbirth. Postpartum psychosis is a psychiatric emergency due to the risk of the mother harming herself or her baby.  Symptoms include:

Symptoms of anxiety and obsessive-compulsive symptoms include excessive cleaning or washing, checking the infant repeatedly, and obsessions with contamination and germs. These should be closely monitored if they appear in a woman who has recently given birth, as they can indicate postpartum anxiety and obsessions, which could lead to an acute episode of depression. If a woman has previously been diagnosed with panic disorder or obsessive-compulsive disorder, then they are at risk of the disorder reoccurring in the postpartum period.  These disorders are also frequently co-morbid with PPD and may worsen the prognosis.

Both sexes can experience this after giving or being present at a birth.

The key elements are:

Trauma focused cognitive behavioral therapy can help identify distressing thoughts, memories and feelings which result from the birth and provide tools and strategies to confront and resolve the feelings, which in turn will help alleviate anxiety and the symptoms experienced.

Postpartum mental health conditions can result from prior existing medical conditions or can develop as new entities following pregnancy.  As they can seriously impact the mother’s physical and mental health as well as the baby’s progress, timely screening and appropriate treatment are essential.  Ongoing healthcare visits and contact with women and their babies in the postnatal period are essential for providing support and help at a critical time.